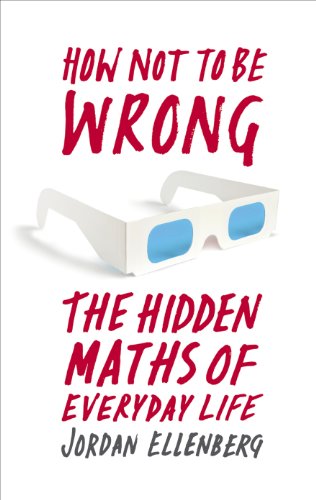 The maths we learn in school can seem like an abstract set of rules, laid down by the ancients and not to be questioned. In fact, Jordan Ellenberg shows us, maths touches on everything we do, and a little mathematical knowledge reveals the hidden structures that lie beneath the world’s messy and chaotic surface.

In How Not to Be Wrong, Ellenberg explores the mathematician’s method of analyzing life, from the everyday to the cosmic, showing us which numbers to defend, which ones to ignore, and when to change the equation entirely. Along the way, he explains calculus in a single page, describes Gödel’s theorem using only one-syllable words, and reveals how early you actually need to get to the airport.

How Not to Be Wrong Quotes

“A basic rule of mathematical life: if the universe hands you a hard problem, try to solve an easier one instead, and hope the simple version is close enough to the original problem that the universe doesn’t object.”

“A mathematician is always asking, What assumptions are you making? And are they justified?”