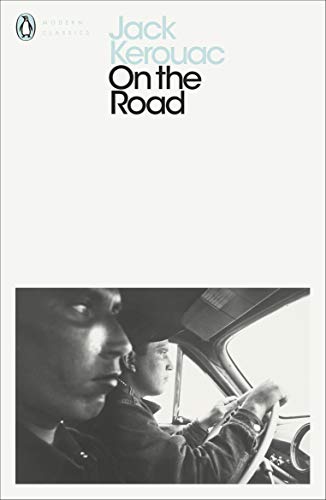 Sal Paradise, young and innocent, joins the slightly crazed Dean Moriarty on a breathless, exuberant ride back and forth across the United States. Their hedonistic search for release or fulfilment through drink, sex, drugs and jazz becomes an exploration of personal freedom, a test of the limits of the American Dream.

A brilliant blend of fiction and autobiography, Jack Kerouac’s exhilarating novel defined the new ‘Beat’ generation and became the bible of the counter culture.

Jack Kerouac on The Steve Allen Show in 1959

This is the only known motion picture of beat generation writer and icon Jack Kerouac reading his own work.

On the Road Quotes

“They danced down the streets like dingledodies, and I shambled after as I’ve been doing all my life after people who interest me, because the only people for me are the mad ones, the ones who are mad to live, mad to talk, mad to be saved, desirous of everything at the same time, the ones who never yawn or say a commonplace thing, but burn, burn, burn like fabulous yellow roman candles exploding like spiders across the stars and in the middle you see the blue centerlight pop and everybody goes “Awww!”

“Nothing behind me, everything ahead of me, as is ever so on the road.”

“There was nowhere to go except everywhere, so just keep on rolling under the stars.”