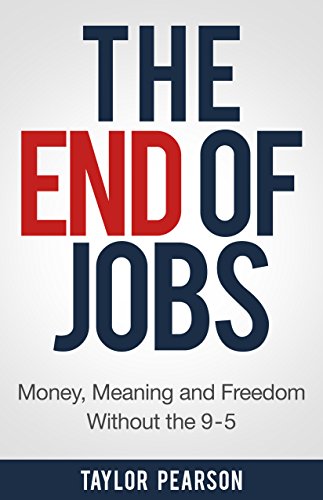 The rapid development of technology and globalization has changed the leverage points in accumulating wealth: money, meaning and freedom.

Those that don’t adapt are becoming trapped in the downward spiral of a dying middle class - working harder and earning less.

Entrepreneurs that understand the new paradigm, have created unprecedented wealth in their lives and the lives of those they love.

In this book you’ll learn:

The End of Jobs Quotes

“Entrepreneurship is connecting, creating, and inventing systems – be they businesses, people, ideas, or processes. A job is the act of following the operating system someone else created.”