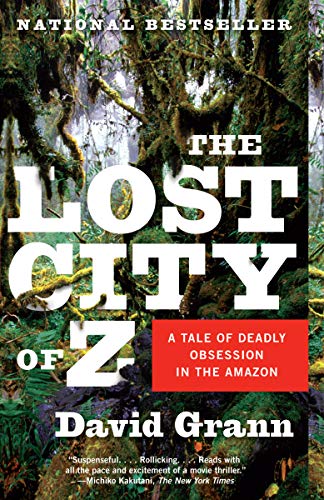 In 1925, the legendary British explorer Percy Fawcett ventured into the Amazon jungle, in search of a fabled civilization. He never returned. Over the years countless perished trying to find evidence of his party and the place he called “The Lost City of Z.”

In this masterpiece of narrative nonfiction, journalist David Grann interweaves the spellbinding stories of Fawcett’s quest for “Z” and his own journey into the deadly jungle, as he unravels the greatest exploration mystery of the twentieth century.

The Lost City of Z Quotes

“Civilization has a relatively precarious hold upon us and there is an undoubted attraction in a life of absolute freedom once it has been tasted. The ‘call o’ the wild’ is in the blood of many of us and finds its safety valve in adventure.”

“Years later, another member [of the Royal Geographical Society] conceded, “Explorers are not, perhaps, the most promising people with whom to build a society. Indeed, some might say that explorers become explorers precisely because they have a streak of unsociability and a need to remove themselves at regular intervals as far as possible from their fellow men.””