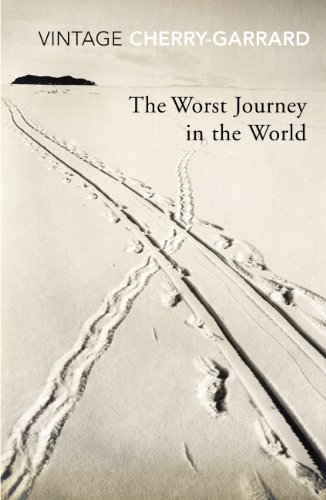 The Worst Journey in the World recounts Robert Falcon Scott’s ill-fated expedition to the South Pole. Apsley Cherry-Garrard–the youngest member of Scott’s team and one of three men to make and survive the notorious Winter Journey–draws on his firsthand experiences as well as the diaries of his compatriots to create a stirring and detailed account of Scott’s legendary expedition. Cherry himself would be among the search party that discovered the corpses of Scott and his men, who had long since perished from starvation and brutal cold. It is through Cherry’s insightful narrative and keen descriptions that Scott and the other members of the expedition are fully memorialized.

Join Douglas Russell, a curator in the Natural History Museum’s Bird Group, as he tells the story of the remarkable journey undertaken by Apsley Cherry-Garrard, Henry Bowers and Edward Wilson during the Terra Nova expedition.

The Worst Journey in the World Quotes

“And I tell you, if you have the desire for knowledge and the power to give it physical expression, go out and explore.”

“It is really not desirable for men who do not believe that knowledge is of value for its own sake to take up this kind of life. The question constantly put to us in civilization was and still is: “What is the use? Is there gold? or Is there coal?” The commercial spirit of the present day can see no good in pure science: the English manufacturer is not interested in research which will not give him a financial return within one year: the city man sees in it only so much energy wasted on unproductive work: truly they are bound to the wheel of conventional life.”